In 2018 The Australian War Animal Memorial Organisation became the Australian custodians of the Blue Cross Medal for animal heroism and bravery. They carry out the administering and conduct the selection process for the award here in Australia. The 2018 Blue Cross award winners were "Bill The Bastard" and "Digger the WWI war dog". 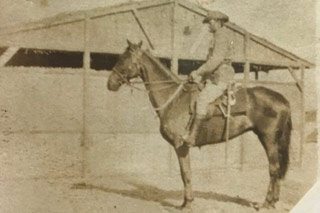 One of the estimated 400,000 walers that left our shores for WWI was Bill The Bastard. He became Major Shannahan’s and Bill was known for bucking when pushed to gallop. There are many stories of Bill the Bastard but the rescue tale is the most heroic. The major found four men surrounded by Turks. He gathered them onto Bill’s back. Bill galloped all four men, plus the major, back to safety through several Kilometres of soft sand. Three were on Bill’s back, and one man was in each stirrup. Bill didn’t even think about bucking. There was no medal for Bill the Bastard. Bill is remembered in this Light Horse monument at Murrumburra and in 2018 became the recipient of the Blue Cross award to be presented in Canberra in October. 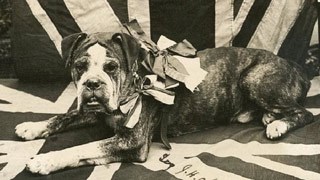 Digger's remarkable service is remembered as how Digger 'went over the top' 16 times and had been through some of the worst battles on Gallipoli and the Western Front. He had been wounded and gassed at Pozières in 1916, shot through the jaw, losing three teeth, was blinded in the right eye and deaf in the left ear. There are also accounts of how Digger would take food to wounded men stranded in no man's land, sometimes bringing back written messages. Digger survived the gas and the gunfire, but not the fireworks at a post-war Empire Day celebration. Thinking he was under fire again, he tried to jump a fence and burst a blood vessel. He managed to drag himself back to Sgt Martin’s house, where he died on his wartime companion’s bed. AWAMO helped to pay for a memorial erected in his honour and in 2018 became the recipient of a blue cross award to be presented in May in South Australia. 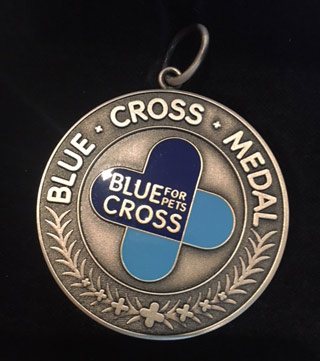